The 2015 Snowbirds Nationals was held the last weekend of January at the Park Inn in Kissimmee, FL.  A unique race where on-road and carpet oval racers use the same track at various times throughout the day.  The track crew removes the road course barriers, swaps them for oval barriers and they’re off and racing! Amazing to watch this gets done in about 20 minutes time too. Team Drivers Eric & Steve Salvas had an up and down weekend taking away a few wins and a few”adjusted” car in one their classes. Let’s see the recap.

Eric Salvas ran TOUR Stock Spec which is a blinky class ran on spec tires. Running the Tekin RSX in the 90+ entry deep division had him qualified 12th just 2.3 seconds back from Tq showing how close and deep this competitive class this was. Running the B for the lead and the bump some contact pushed him back to 3rd. Day over.

In TOUR Cup 10.5 running another Tekin RSX esc in qualifying 7th in the A. A bad crash on the first lap ended the race for Eric. See picture! 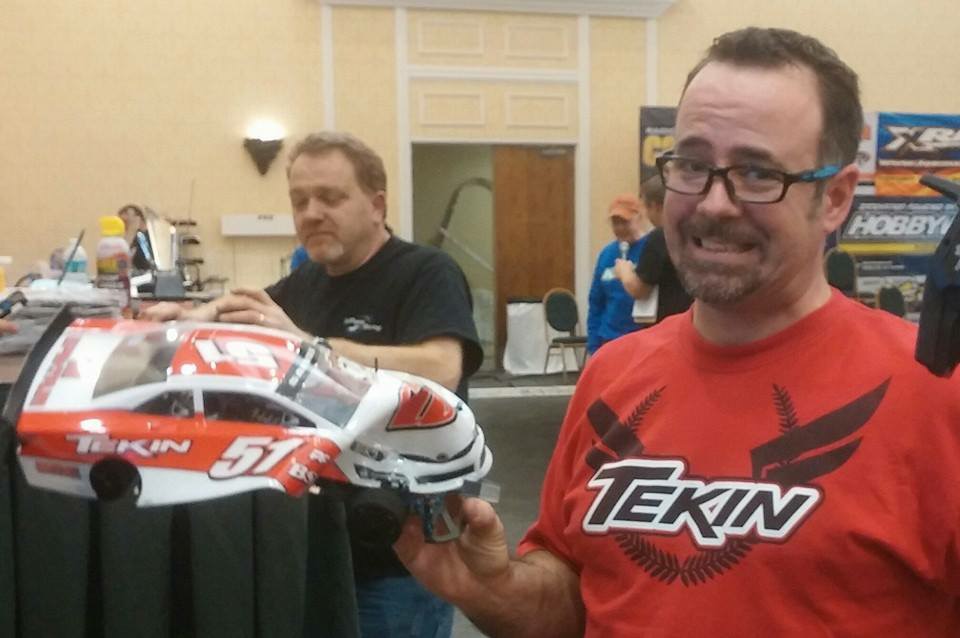 Eric Salvas would again choose the Tekin RSX in the SK 17.5 which is blinky spec. 32 entries deep, Eric would qualify 5th in the A. Dodging bullets the entire way he’d work his way to the front taking the A-main win! 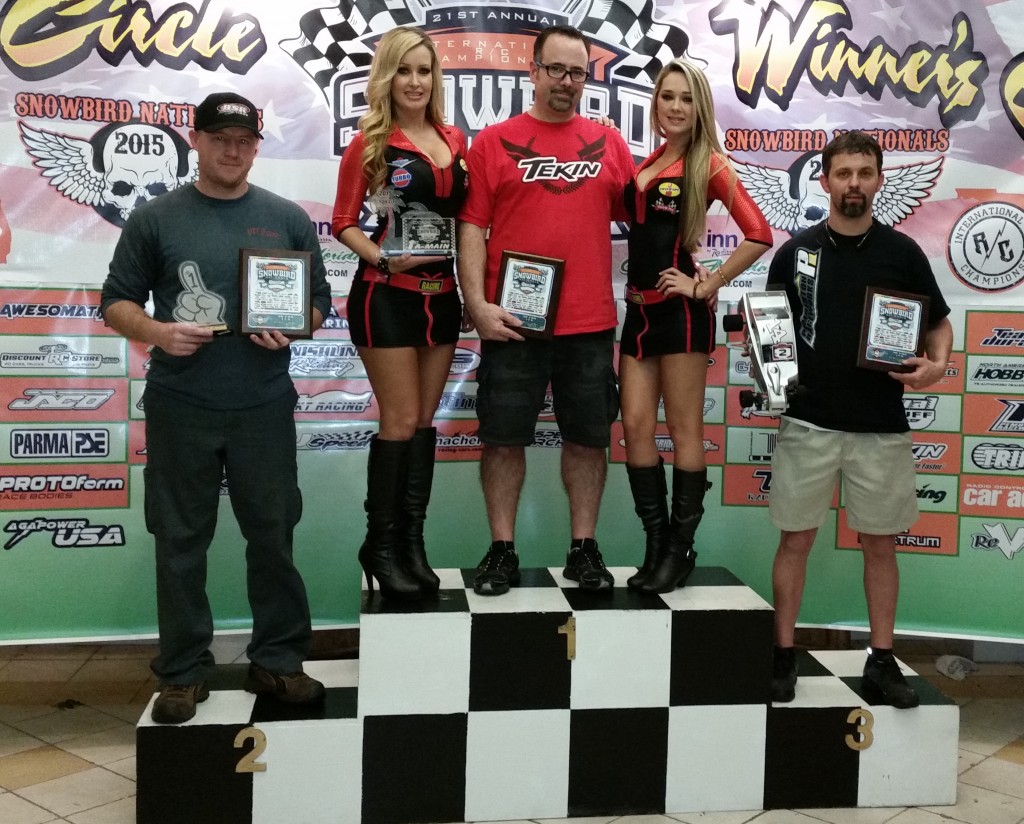 Still hot from his 2015 CRC New Year’s Dash win in Super Stock 13.5 on January 11th, Steve Salvas headed south to the 2015 Snowbird Nats hoping to repeat against the fastest racers in North America. Steve would compete in both Super Stock 13.5 and COT 13.5

Super Stock 13.5 was strong with 48 entries. The Super Stock 13.5 was not going to be a walk in the park. The fast paced Boosted 1S 13.5 oval cars zoomed around the track on Tuesday and Wednesday for practice runs and once the dust settled Steve Salvas was on top of the chart “TQ’ing” the last practice by heat round.

The 4 qualifiers were held on Thursday-Friday-Saturday. It was hammer down as the high level of grip from the 165′ ozite carpet oval was not to spare anything, Steve kept his cool, made proper car adjustment and used proven RS-Pro settings to put his Tekin powered ride on the pole for Sunday’s main event.

Sunday : It would take not only a fast car but great driving in the main to stay clear of the fierce competition and possible wrecks. At the sound of the tone Steve put his finger down and once Ken “Scarecrow” Holmes called “Everybody’s done” .. the 2015 Snowbird Nationals Super Stock 13.5 champion was the Tekin’s powered ride of Steve Salvas. 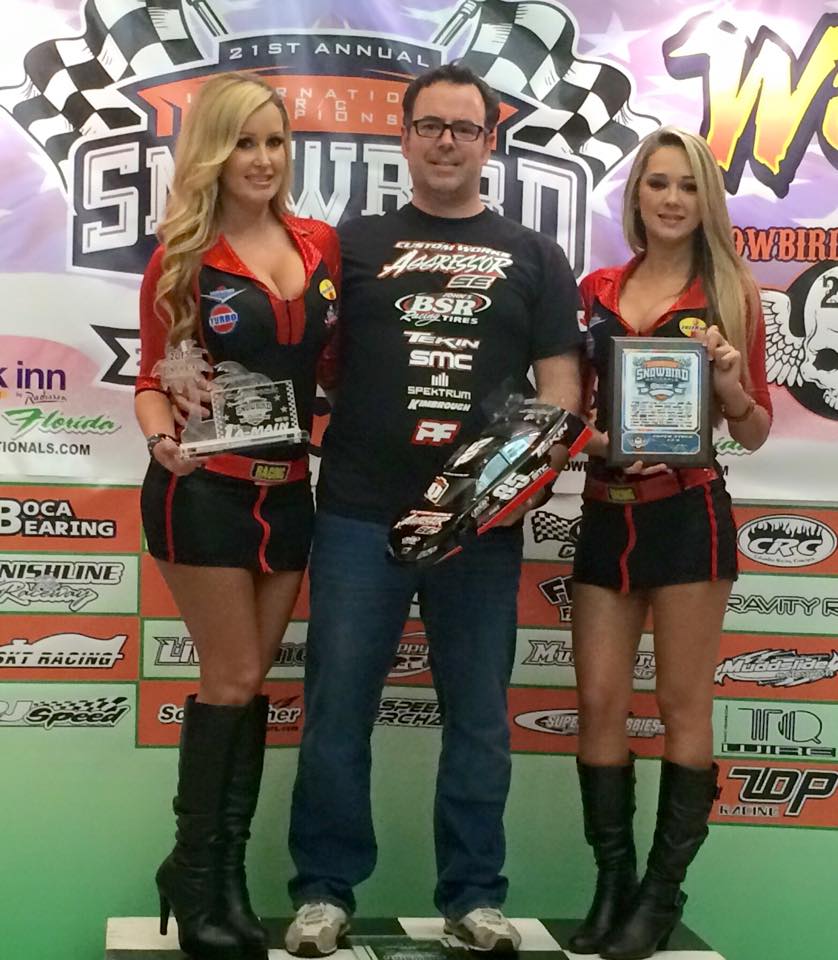 Steve also competed in “blinky” 1S 13.5 (COT) where 90 cars entered this year’s event. COT 13.5 always provide extremely close racing where a fraction of a second after a 4 minute run will put in the show or not .. and this year would be no different. Steve’s RS-Pro powered ride made the show, grabbing the 8th starting position out of the 10 available spots. The A-Main would have Steve involved in an early incidents resulting in an 8th position at the finish.