Sanford and Panek podium at the Sidewinder!

Heritage RC Park in Chula Vista, CA hosted the 11th Annual Sidewinder Nitro Explosion on September 6-7. Three rounds of qualifying on Saturday, with A-Main events on Sunday. The track was watered every third heat for the qualifiers, and before every main event on Sunday.

Starting off for the double 10 minute A mains Tekin would have Mikey Bustamante 2nd, Sanford sitting 3rd,

A2 of E Buggy would be a different story.  Sanford would dodge a few mishaps on the track early on allowing him to settle into P2. Cavalieri in P1 traction rolled hard at the end of the straight allowing Sanford to take the lead.  Leading for the next few laps fending off a hard charging  Cavalieri. Sanford would get loose allowing Cavalieri to get along side both entering the  big drop off section. Sanford flat landed trying to get to the corner first and the two drivers collided. Cavalieri and Sanford would both land rubber side down but Cavalieri would get the best of it taking the lead. Sanford would take P2 finishing the race without further mistakes. Combined points had Cavalieri 1st, Sanford 2nd, and Panek 3rd, Bustamante 5th.

Both Tekin drivers chose the award winning Tekin Rx8 Gen2 and T8 1900 Gen2 motor to help power them to a podium spot. 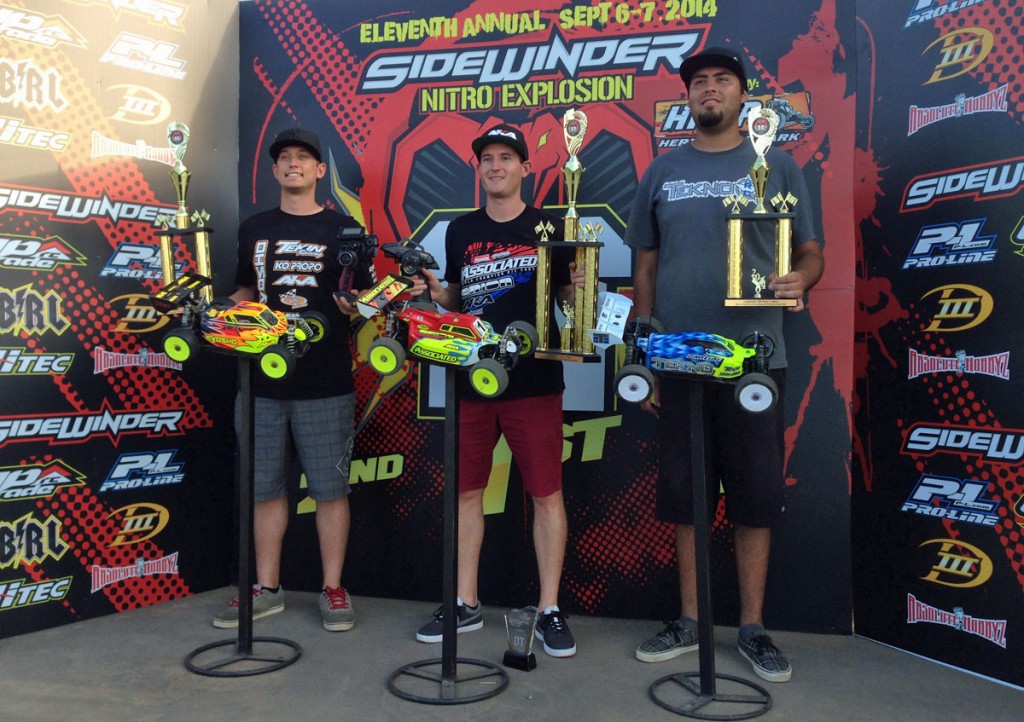